England’s accident and emergency departments are cracking under the strain, with the highest ever A&E admissions.  Emergency admissions are up 6% between 2012 and 2013 with an increase of 1 million patients.  Government targets for waiting times are being breached as waiting times reach a 9 year high.  Hospitals can’t cope with this increased strain with an already over stretched NHS.  Doctors are making serious medical errors due to being overworked.  What’s more the pressure isn’t going to ease: the increase in admissions is part of a long term trend in rising A&E admissions.

What has caused the increase in emergency admissions?

From 1987-2002 emergency admissions remained fairly steady, with about 14 million admissions per year.  However in the past decade, there has been a 50% increase in admissions to 21 million per year.  People haven’t suddenly become prone to more accidents now than 10 years ago, but what is causing this rise?  Jeremy Hunt, health secretary blamed the cut in GPs responsibilities in 2004 by the labour government, but could it simply be a classification error?  Currently minor injury units and walk-in centres, which have taken over most of what GPs used to do, are classified as A&E departments.  This significantly skews the data for emergency admissions, making it seem as if the increase was due to more patients rather than a shift in where patients are treated.

Why are emergency departments under so much pressure?

Emergency medicine is well known for the relentless pressure and unsocial hours.  These two factors seem to be leading to staff shortages in A&E.  In October 2012 the total number of emergency medicine consultants in the UK numbered only 1,400, yet the College of Emergency Medicine has calculated that over 2,200 are needed in England alone to fulfil the minimum level of consultant staffing.  This is because few junior doctors want to specialise in emergency medicine, because although it is very interesting, stimulating and exciting working under pressure, trainees don’t want a career in this field.  Furthermore, Bill McMillan, head of medical pay and work force at NHS employers says that the NHS can’t afford more doctors to work in A&E.

What can be done about the crisis?

Emergency admissions need to be reduced.  An increase in the NHS’s budget on General Practice could go a long way to solving the problem.  Currently 80% of patients have to wait over 24 hours to see their GP.  This encourages patients to go straight to A&E where they will be treated quicker.  GP’s contracts need to be renegotiated so that they take back some of the responsibility for after hour care.  The College of Emergency medicine estimates that up to 30% of A&E admissions could be treated elsewhere (e.g. GPs, Nurses, walk-in centres or the NHS Direct phone line).  On top of this, incentives need to be introduced to encourage junior doctors to specialise into emergency medicine, as well as using specialist nurses and general physicians in A&E departments. 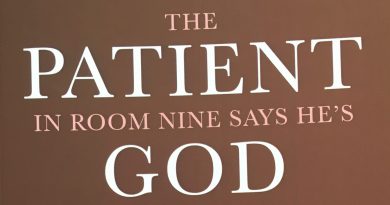