Today, John O’Keefe, Edvard Moser and May-Britt Moser, won the Nobel Prize for physiology and medicine, the highest accolade in science, by discovering the location of the brain’s inter GPS system.  This discovery helps explain how we orientate ourselves and navigate within complex environments.  The Nobel Assembly said ‘The discoveries have solved a problem that has occupied philosophers and scientists for centuries – how does the brain create a map of the space surrounding us and how can we navigate our way through a complex environment?’

Professor O’Keefe is a British-American neuroscientist at the Institute of Cognitive Neuroscience and the Department of Anatomy at University College London (UCL).  He made his first discovery in this line of research in 1971, when he found the first component of this GPS system.  He carried out lots of tests on rats and found that certain nerve cells became active in specific locations and other nerve cells in other locations, building up these ‘place cells’.  These ‘place cells’ are found in the hippocampus and act similarly to modern GPS, helping the brain to navigate by judging distance and direction.  The Nobel Committee described this as ‘a comprehensive positioning system, an inner GPS, in the brain’.

This discovery also helps explain why dementia patients especially those with Alzheimer’s often feel disorientated and cannot recognise their surroundings.  This is because the hippocampus is the first area of the brain which shows signs of Alzheimer’s.  John O’Keefe asks ‘What is going wrong with these special cells in the hippocampus at the very earliest stages?’  This question is key to our understanding Alzheimer’s both for explaining why people lose their memory, but also to helping open routes for potential treatment options.

What is Medical Indemnity? #theGPcrisis 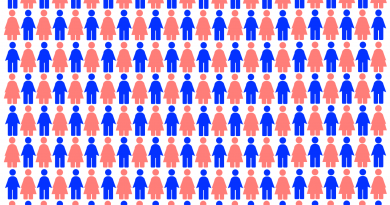 Does the UK have enough doctors?

Neurodegenerative disease and its burden on society