Marijuana has been around for a long time – at least 10,000 years – and has long been used for medical purposes.  Shen-Nung, a Chinese emperor from about 5,000 years ago was also a pharmacologist and wrote a book which he wrote about the medical uses of cannabis which he said was useful in treating constipation, gout and absent-mindedness.  Cannabis remains one of the 50 “fundamental” elements of traditional Chinese herbal medicine.

Modern medicine has struggled to demonstrate that the use of cannabis and cannabinoids is widely effective  – many claims are made but very few uses have been proved to be effective,  There do, however, appear to be three areas where cannabis has been shown to help fairly consistently:

There are many anecdotes around the medical uses of cannabis – for example it is said that Queen Victoria used cannabis to relieve her menstrual pain.

The downsides and side effects of using cannabis for medicinal purposes are thought to be quite serious and include damage to memory and cognitive effects.  Many doctors believe that use of cannabis can lead to cannabis dependency syndrome, exacerbating any adverse side effects on health.  Whilst cannabis can be consumed by ingestion or oral spray it is most commonly taken through smoking and, as it has similar properties to tobacco, this inevitably means that it contributes to the chances of developing cancer.

In the UK the growing of hemp on a commercial scale is now permitted under licence from the Home Office and can be grown for production of fibre or for cannabinoids.  For example Sativex is a cannabis based medicine, whose generic name is Nabiximols, and it is used to treat spasticity in multiple sclerosis patients.  It may also be used for cancer-related cases.

In reality there must be many patients suffering from chronic pain who self-prescribe marijuana where they know of its potential for pain management: fortunately the law does not generally punish personal use of cannabis – the police will usually give a “cannabis warning” for possession of small amounts of cannabis if it is found to be for personal use.  It would be surprising if personal use of cannabis were punished severely bearing in mind the number of senior politicians who have admitted to recreational use of the drug, including Boris Johnson, David Willetts, Nicola Sturgeon, Harriet Harman, Alistair Darling and Yvette Cooper. 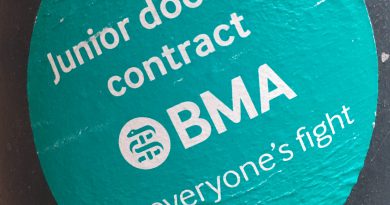