So much has been said about medicine, much of it profound and some of it very funny.  I have combined humorous quotations with more serious quotes in this compendium of wise medical words.  The quotes are from ancient times with Hippocrates, Ovid and Socrates and go up to modern times with advice on the role of medicine from the doctor and thinker Atul Gawande and the myth-buster Ben Goldacre.

1.  “Always laugh when you can – it’s cheap medicine” – George Byron

2.  “Surgeons can cut out everything except cause” – Herbert M Shelton

4.  “Isn’t it a bit unnerving that doctors call what they do ‘practice’? ” – George Carlin

5.  “Wherever the art of medicine is loved, there is also a love of humanity” – Hippocrates

6.  “Though the doctors treated him, let his blood, and gave him medications to drink, he nevertheless recovered” – Leo Tolstoy

7.  “The art of medicine consists in amusing the patient while nature cures the disease” – Voltaire

8.  “Never go to a doctor whose office plants have died” – Erma Bombeck

10. “Any man who goes to a psychiatrist ought to have his head examined” – Sam Goldwyn

11. “Where there is ignorance, sickness will thrive” – Osamu Tezuka

12. “The life is so short, the craft so long to learn” – Hippocrates

13.  “We have won the time lottery of the last 4 billion years”  – Stefan Molyneux

14.  “You are a placebo responder.  Your body plays tricks on your mind.  You cannot be trusted.” – Ben Goldacre

15.  “When a man goes through 6 years training to be a doctor he will never be the same.  He knows too much.” – Enid Bagnold

16. “Flowers always make people better, happier and more helpful: they are sunshine, food and medicine to the mind” – Luther Burbank.

17. “There is no such thing as an infallible doctor” – Edward E Rosenbaum

18. “To confront death every day, to see it for yourself, you have to love the living.”  – Judy Melinek

19.  “Medicine is a funny business.  After all, dispensing chemicals is considered mainstream and diet and nutrition is considered alternative.”  – Charles F Gassman

21.  “Medicine is not a science: it is empiricism founded on a network of blunders.”  – Emmet Densmore

22.  “Disease is the biggest money-maker in our economy” – John Tobe

23.  “To talk of diseases is a sort of Arabian Nights entertainment.” – William Osler

24. “The operation with the best outcome is the one you decide not to do.”  – Father of Abraham Verghese

25. “Let food be your medicine and medicine your food” – Hippocrates

26. “At a cardiac arrest, the first procedure is to take your own pulse.” – Samuel Shem

27. “The standard treatments for cancer are not meant to heal but to destroy” – Andreas Moritz

28. “When we give the government the power to make medical decisions for us, we in essence accept that the state owns our bodies” – Ron Paul

29. “Time and time again, throughout the history of medical practice, what was once considered as ‘scientific’ eventually becomes regarded as ‘bad practice’ ” – David Stewart

30. “It is very expensive to give bad medical care to poor people in a rich country” – Paul Farmer

32. “We look for medicine to be an orderly field of knowledge and procedure.  But it is not. … The gap between what we know and what we aim for persists.  And this gap complicates everything we do” – Atal Gawande

33. “We can cure physical diseases with medicine, but the only cure for loneliness, despair and hopelessness is love.” – Mother Theresa

34. “Employment is nature’s physician, and is essential to human happiness” – Galen

35. “Anxiety might be contagious, but confidence is also contagious” – Henry Marsh

36. “Every surgeon carries within himself a small cemetery, where from time to time he goes to pray – a place of bitterness and regret, where he must look for an explanation for his failures.” – Rene Leriche

37. “One sometimes finds what one is not looking for.” – Alexander Fleming

38. “Our school education ignores, in a thousand ways, the rules of healthy development.” – Elizabeth Blackwell

39. “People pay the doctor for his trouble; for his kindness they still remain in his debt.” – Seneca

40.  “The doctor of the future will give no medicine, but will interest his patients in the care of the human frame, in diet and in the cause and prevention of disease.”  – Thomas Edison

43.  “If you can’t explain it simply, you don’t understand it well enough.” – Albert Einstein

44.  “It is a mathematical fact that fifty percent of all doctors graduate in the bottom half of their class.” – Anon.

46.  “My doctor said I look like a million dollars – green and wrinkled.” – Red Skelton

47.  “The fact that your patient gets well does not prove that your diagnosis was correct.”  – Samuel J Meltzer

48. “Let the young know they will never find a more interesting, more instructive book that the patient himself.”  – Giorgio Baglivi

50. “To be great, a surgeon must have a fierce determination to be the leader in his field.  He must have a driving ego, a hunger beyond money.  He must have a passion for perfectionism.  He is like the actor who wants his name in lights. – Donald Effler 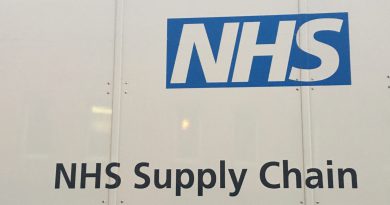