Preventative Medicine – These are buzzwords of 21st century healthcare. Many people have called for healthcare reform, stating that too much emphasis is placed on treating illness rather than preventing illness from occurring in the first place. Doctors are trained to treat patients who are unwell, finding the cause of the illness and then treating it, usually with medications. Problem solved. But with the changes in demographics, people are living longer and subsequently chronic conditions are on the rise. Throwing medications at the problem does not work. So what is the answer?

Out with the Old…

A new movement, yet old theory, in the US has begun to gain traction: Functional Medicine. The phrase is not commonly used, but variants such as functional fitness are more widely used to describe overall fitness, instead of a specific area such as strength training. Within the realm of medicine, Functional Medicine aims to “address the underlying causes of disease, using a systems-oriented approach and engaging both patient and practitioner in a therapeutic partnership”. So what does Functional Medicine involve and how is it different from preventive medicine?

…In with Functional Medicine?

Functional Medicine is a proactive approach to treatment by addressing patients’ lifestyle habits and allowing positive changes to affect their illness and issues. So, instead of waiting for the atherosclerotic plaques to line arterial walls, a functional medical practitioner sits down and discusses diet, exercise and nutrition in the first consultation. Essentially, they are looking for signs of negative behaviours that may wreak havoc on a patient later in life. Again, this is not a foreign concept. Many people engage with this via nutritionists, dieticians, and personal trainers on a daily basis. But when is the last time you walked into a doctor’s office, said you felt fatigued and were sleeping poorly, and they gave you a prescription for exercise? In this day and age, there is an expectation by patients of a medical intervention or treatment using medicines. But as doctors, you have a duty to your patient, and medicines are not always in the patient’s interest. This is where Functional Medicine comes in; the reprogramming of the doctor’s role in healthcare from a guardian of drugs to a professional who advises patients of ALL the options to increase overall health, instead of a curing a single problem.

So how do Preventive and Functional Medicine differ?

The objectives are the same for these philosophies: stop the illness before it progresses to the stage of treatment. Preventive medicine still relies solely on evidenced-based medicine, such as, prophylactic treatment or early testing to watch out for signs of future illness. Functional Medicine looks beyond the specifics and targets overall health to lead to improved outcomes for future illness and reduce their likelihood of occurring.

Don’t take the above the wrong way. Functional Medicine is rooted in evidence as well, but overall health evidence instead of specific diseases.

Promoting health seems to be the way forward. It not only addresses poor lifestyle habits to decrease likelihood of disease, but it engages the patient in a way that they can understand. Have you ever tried to describe cholesterol build up and how it blocks the arteries over time to someone, let alone say the world artherosclerotic to someone? How about telling someone they have hypothyroidism and they need iodine supplements to treat this? It is hard enough to grasp after 5 years of medical education, and we expect a 10 minute consultation to be enough for the patient to fully understand the illness? Taking the above example and applying Functional Medicine, addressing a patient’s nutrition in both cases can lead to a better and more well-rounded understanding of possible disease and give prevention from the disease occurring. That sounds like a win-win to me. For more information, please refer to the Institute for Functional Medicine link below. 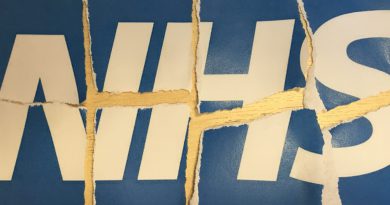 Disillusionment with our health service