It is the fate of all American Presidents that their health is a matter of public interest.  Indeed, in the past presidents have routinely made their medical reports public to avoid speculation and because of a sense that the American public have a right to know how their leader is doing.  We know that Donald Trump does not feel any need to follow precedent and unlike previous candidates he refused to make his tax returns public.  Some commentators may be raising the issue of “the Donald’s” health because they are his political enemies, but it’s clear that much of his behaviour is, to put it at its kindest, unconventional.  He appears a bit unbalanced with frequent teeters, petulant tone and his apparent vendettas against Obama and others – often those who were until recently close allies.

Born on 14th June 1946, Trump will be 72 on his next birthday so he is likely at least to have some physical health issues but it is the question of his mental health that has attracted the attention of doctors.  At least one has claimed hat he is paranoid and delusion: Mr John Gartner a psychotherapist said, “we have an ethical responsibility to warn the public about Donald Trump’s dangerous mental illness”

More recently concern has been expressed about occasions when Trump has been drinking water and has cradled his drink with two hands like a child, apparently needing to steady his glass or perhaps unconsciously reverting to childhood.  One suggestion was that a single hand might shake too much and that he may have some sort of degenerative disorder, perhaps even dementia.

Putting aside issues that may relate to age, Donald Trump shows some traits that seem to convey a mental state that would ring alarm bells for many psychiatrists – for example he shows an obsession with hand size, size of his penis (which he brought up in the Presidential campaign) and most recently the size of his nuclear button compared to that of the North Korean leader, Kim Jong Un.  And here is the core of why people are concerned about Trump’s mental health: the President has the power – without consultation – to destroy the world as we know it, so professional medical opinions that he is unstable are critical.  In a recent book, Dr Judith Herman and Brandy Lee claimed that Trump shows “signs of clear, dangerous mental impairment.”

Lizzie Barclay, Founder of Write Mynd, shares her story of mental wellbeing in a digital age. 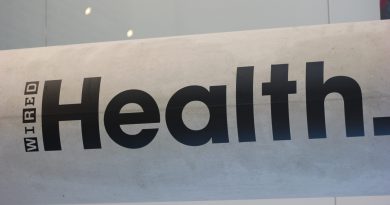