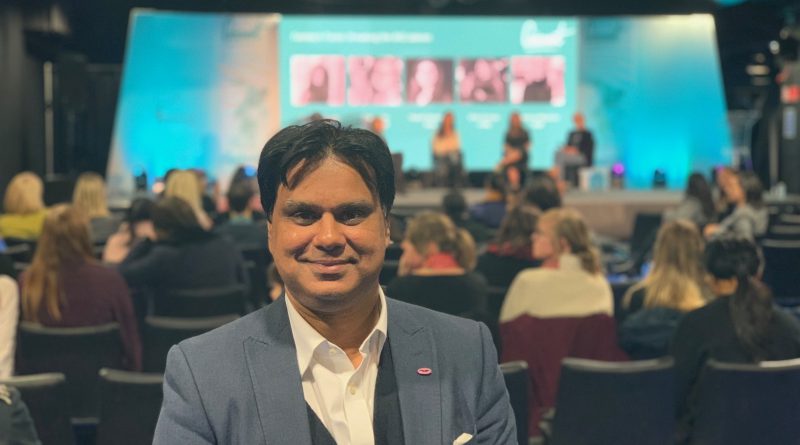 Professor Shafi Ahmed is a consultant laparoscopic colorectal surgeon working at the Royal London Hospital. He is the associate dean at Barts medical school and in his spare time he helps run some tech companies, including medical realities, a surgical training company specialising in using VR (virtual reality) and AR (augmented reality) to teach future surgeons. He is also a co-founder and the chairman of the GIANT health event, and attends various tech events and conferences delivering keynotes around the world.

As well as your position as associate dean at Barts medical school you’re also a keen educator through technology – can you say a little bit about that?

PROFESSOR SHAFI AHMED: I’ve been involved in education for a long time as a teacher/lecturer and associate dean at Barts medical school. But also I run what is called the international surgical training programme at the Royal College of Surgeons where I’m a council member. I have also been visiting many countries to improve standard surgical training around the globe – I’ve been to 30 countries in the last 3 years. On top of that I’ve been running companies involved in immersive technology, meaning virtual reality or medical reality. Recently I’ve been experimenting with live streaming operations around the world using all kinds of technology to connect people and to showcase that we can share knowledge on a global scale. Scaling up education.

PROFESSOR SHAFI AHMED: Medical realities is an immersive education company using both virtual and augmented reality. We’ve been around for about 4 years and we set up trying to see whether virtual reality would help improve access to knowledge and change the way we teach both the medical students and the surgeons of the future. We’ve created the first product, which is called the virtual surgeon. This is the world’s first interactive learning platform for surgery in virtual reality. We are also working on many other platforms for education and we believe that the future of education is going to be utilising both augmented and virtual reality to be able to teach people in a different way.

How do you deal with all the time pressure of running tech companies and being an entrepreneur with the pressure of being a surgeon?

PROFESSOR SHAFI AHMED: I still have a clinical practice, and am first and foremost a cancer surgeon. I still have a Thursday operating list, and on a Tuesday I do a clinic and go to a MDT (multi-disciplinary team) meeting and I am still on call 1 week every 9 weeks. That hasn’t changed in my life. That said, I have reduced my sessions slightly to make life easier. I think balancing all the other things I do especially the tech, innovation and travelling, will probably require me to make some adjustments. But I’m okay with that – I’ve spent 25 years in healthcare as a doctor and I think I’m looking for different ventures, new pastures and I think human beings need to change and evolve and share their passion and share that journey.

PROFESSOR SHAFI AHMED: I’ve been chairing the GIANT health event for 3 years and I was one of the co-founders when it first started. And I’ve seen this conference grow like a startup. We were initially based out in the Woolwich Coronet in South London as our first conference. For our second event we moved to Shoreditch in East London, and finally we’ve moved to West London to the Chelsea Football club. What I’m really excited about over the last two days at the GIANT health event is the buzz, the energy, the enthusiasm. and the opportunities to network and connect with people. We’re about looking at the whole ecosystem. We had 123 startups who applied for our beanstalks competition. 65 of those startups were selected and are here today showcasing their talents. We have investors, serial entrepreneurs, mature companies, futurists, healthcare professionals, and people who have no knowledge about technology. We bring the whole thing together for them all to be connected to share this passion for driving healthcare change through technology. And we even had members of the government here today, policy makers to showcase that what we’re thinking about technology and innovation as professionals, can then be transformed by policy change. We want all the stakeholders together to drive this agenda for change.

So being exposed to so many medical startups, you can see where things are moving. What are the three biggest gaps in the healthcare market at the moment?

PROFESSOR SHAFI AHMED: The first one, I think which is most important for me is about how we capture the data. What I mean by that is having a universal electronic health record based on the blockchain that is open source and is open access. It should be free. Then we will be able to  extrapolate information around the world and compare like with like. At the moment we are comparing different countries, different data sets, and we’re not making the right assumptions.

Secondly, with healthcare I would make sure that everybody has access to connectivity at least 3G if not 4G, especially with 5G coming in soon. If you have data and you’re connected, suddenly you have the two things that are required to transform healthcare on a global level. Everything else like AI (artificial intelligence), nanobyte technology, AR/VR are all part of that equation. But you can’t do any of those, unless you have connectivity and well captured data at the outset. We are lagging far behind where we should be. And this is a challenge for all of us in healthcare, technology, engineering, and computer science to figure out together.

PROFESSOR SHAFI AHMED: We have been working with the Channel 5 team and particularly a company called The Garden Productions who were commissioned by Channel 5 to show live surgery on British TV, for the very first time. My team spent 8 weeks with them, sharing our story and journey, making sure that when they went live, they respected patient dignity and safety. We took every precaution to ensure that what we were doing was the right way to do things for the public. It’s unknown territory, unchartered waters. I did a laparoscopic right hemicolectomy, for a patient called Tim (who doesn’t mind me sharing his name) who had a tumour of his right colon. The operation was streamed live on Channel 5 for two hours from 10pm to midnight. We weren’t quite sure what was going to happen after that. This was new – a bold brave move. But because of my work over the last 3-4 years I knew that the public was ready. We haven’t asked the question. We assume the public aren’t ready to be shown gore on live TV. I think we’re too paternalistic to our patients. We assume we know what they want. The outcome was just phenomenal. 1 million viewers of a live surgical operation. 1.7 million people on twitter talking about the surgery and #operationlive. 99% of all the tweets were overwhelmingly positive – it even surprised me. ‘amazing’, ‘the NHS is great’, ‘this is demystifying surgery’, ‘you’re democratising healthcare’. I just wasn’t ready for that level of engagement and that level of support. So to me the question is, are we asking the patients the right questions?

What would your advice be to a medical student who is interested in both clinical practice and something innovative and tech related?

PROFESSOR SHAFI AHMED: I would encourage them to be involved in as many things as possible. I think the first thing is to be a good doctor. That is who we are ultimately and you’ve got to be competent and work hard to make sure you’re the best doctor you can possibly be. But definitely look at the other opportunities that come your way. I think we are now entering an era of portfolio doctors. As people want to do more than one thing. Medicine is not enough – and I get that because we’ve never really understood human behaviour/human psyche. We create one dimensional doctors from day one of medical school to the end of it, but people have skill sets that we never utilise.

Some for example are business people, some are coders/developers. Its about using all the facets of their personality to enrich their own lives. So look for opportunities. Make sure you’re happy and then explore all of those avenues and have the passion and will to get involved in the tech industry. Go to events like the GIANT health event, startup meet ups  and make contacts who are engineers, scientists, computer scientists, tech professionals and venture capitalist funders. Become part of the ecosystem. We need young people with flexible and nimble minds to be the new generation of doctors of tomorrow and they have to create their own skill sets and knowledge to do that.

Do you think that medical schools have an obligation to be teaching innovation and business skills?

PROFESSOR SHAFI AHMED: I love that question and I think you’ve nailed it. To me medical school needs disruption. They haven’t changed for a lifetime. I say this to a lot of people – we go to medical school and at the moment it is a 5 year programme, some places it is 6. But why does a medical school degree take 5 years? Why can’t it be done in 4 years? 4.5 years? 3 years? Why is it still exactly 5 years, it makes no sense. When you come out of medical school – are you ready for working? Not often – we haven’t addressed the needs of being a junior doctor.

The next 10 years healthcare will change immeasurably. We’re going through exponential changes. The digital technologies which are coming in will fundamentally change the way we manage our patients and look at outcomes. I’m not sure we’ve thought about how our new doctors are going to behave in this new world? It’s still a 5 year programme with the same old sciences etc. So with that in mind I run what is called the Barts X programme at our medical school. We’re the first medical school in the world to embed digital health, future technologies, innovation, entrepreneurship into a programme for everybody. It isn’t optional or an extension module, it is a fundamental part of the curriculum. This January was the third year we ran it. All our students will go through teaching and training by app designers, coders, developers, venture capitalists, future technologists, business people, to think about ways of improving healthcare. They go away in groups of 4 or 5 with mentors to help them think about ideas, and how to take it to market. We then select the top 4 or 5 groups for a hackathon followed by a dragons den style pitch. The winners get a placement at a tech company to see if they can realise that dream. These are the people that are going to design healthcare in the future. In the past we’ve not provided these skillsets, but if we want healthcare to work and to be more affordable, efficient and accessible, then we have to train these young brilliant minds, to satisfy their own curiosity and to use their intelligence in ways that could benefit healthcare. I think we’ll get more attention that way. We may retain more doctors because healthcare wants them to develop the healthcare system.

If you had to describe yourself in 3 words what would they be?

PROFESSOR SHAFI AHMED: Passionate, Driven and I care about humanity 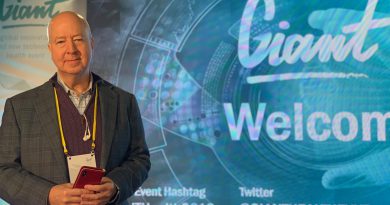